Teen idols get short shrift.  Male pop singers from the late fifties and early sixties - after Elvis was inducted into the Army and before the Beatles conquered America - are often overlooked.  Fabian, Frankie Avalon, Brian Hyland - good looking, clean cut guys who sang catchy if simple love songs.  Paul Anka and Neil Sedaka, who wrote their own songs, are perhaps better known for their 1970s comebacks than for their teen years.

In any musical genre, there are records that are disposable and others that work magic on open-minded ears, to coin an odd phrase.  So it goes with the output of the original American idols.

My favorite song by one of these artists is Bobby Rydell's "Forget Him."  Yes, he was another young, handsome fellow from Philly who sang songs aimed at young girls, but he had (and has) the best set of pipes in his peer group.  Something in the combination of strength and vulnerability in his voice on the lines "So don't you cry now, just tell him goodbye now, forget him and please come home to me" charms me every time.

34 Top 40 hits.  Streets named after him in Philadelphia and in Wildwood, NJ.  The high school in "Grease" bears his name.  A starring role in "Bye Bye Birdie."  Fifty years of touring the globe.  And he still takes the time to graciously answer my questions - look for them and for video of "Forget Him" below the fold. 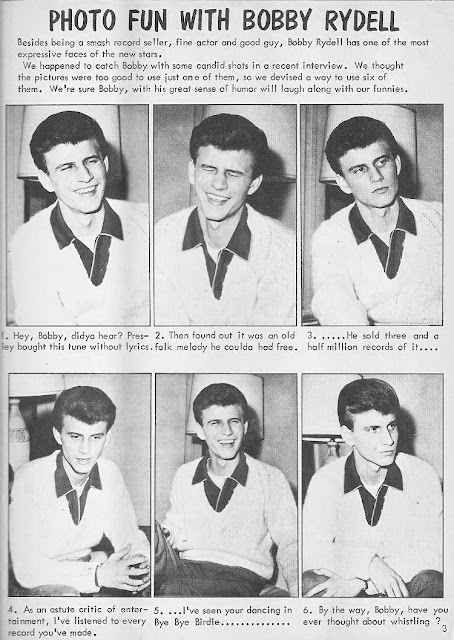 As Evil As A Wet Hen

How often does someone cover a song better than Janis Joplin?  I can think of just once: The Three Degrees' version of "Maybe."  Originally one of the first hits by a girl group when recorded by the Chantels in 1958, "Maybe" peaked at #110 in 1970 for Joplin.  The Three Degrees released their take a couple of months later and it became their first Top 40 hit.

The Three Degrees may be best know for their gorgeous ballad, "When Will I See You Again" and for the vocals on the theme song for Soul Train, "T.S.O.P. (The Sound of Philadelphia).  They've been touring and recording for more than 40 years -- the longest running female vocal group in history.