We'll Have a Dance of Liberty

In 1954, the Supreme Court declared racially segregated schools unconstitutional, inspiring a song titled "Black and White," music by singer Earl Robinson and lyrics by David Arkin (father of actor Alan Arkin).  17 years later, the band Greyhound reached #6 on the British pop charts with their version of the song.  An American band heard this single and recorded the song for its next album.

Who was the band?  Obviously, it was Three Dog Night, who took it to #1 in America in September of 1972.

TDN is an underrated band and an unusual one.  It featured three lead singers, so perhaps this lack of a solitary front man like a Jagger or Cobain made it harder for fans to focus their attention (the Beatles, as usual, being the exception to this theory). But TDN had three #1 singles and 21 (!) Top 40 hits between 1969 and 1975.

On the one hand, despite a five year break in the late 70's, the band has been remarkably durable, continuing to play together with most of the original lineup.  On the other, they haven't released a new album since... 1976!

But the most likely reason they are not in the hip pantheon of rock groups is that they were unabashedly pop rock.  Many of their songs are perfect for singing along to in the car or at the arena.  They weren't dark and edgy and experimental.  They didn't write most of their hits.  But they were very capable musicians who had a fantastic knack for picking songs, many from writer/performers who went on to become successful in their own right.

One (Harry Nilsson) - is the loneliest number.
Mama Told Me Not To Come (Randy Newman)
Eli's Coming (Laura Nyro)
Never Been to Spain (Hoyt Axton)
Joy To The World (Axton) - "Jeremiah was a bullfrog," not the Xmas song.
An Old Fashioned Love Song (Paul Williams)
Sure As I'm Sitting Here (John Hiatt)
Shambala
Celebrate
The Show Must Go On
Liar
And so on... 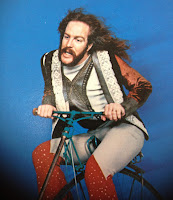 One of the band's original members, Keyboardist Jimmy Greenspoon, shared his memories and insight with me.  If you want more than the seven questions and answers below, he also wrote a book with a very long title:

One Is the Loneliest Number: On the Road and Behind the Scenes With the Legendary Rock Band Three Dog Night


1 - I've read that TDN heard the UK reggae band Greyhound's recording of B&W and covered that version. But B&W was originally recorded in 1956 by Pete Seeger and then by Sammy Davis, Jr. in 1957. Were you familiar with either of those versions?

Jimmy Greenspoon: I wasn't aware of the other versions. I knew there were some out there as it was written some time ago. The Greyhound  version was what we used for a template.

2 - I assume that's you playing the famous piano intro?  How was it decided to start the record off that way?

JG: Yes, that's me. It was a running joke that I started 99% of the songs, so as on "JOY", "MAMA", "OLD FASHIONED" and others, the guys took a dinner break and left me to come up with something that was radio friendly. TA DA!

3 - Was there any negative reaction to the song from people who disagreed with its meaning or didn't think it should be commercialized, etc?

JG: None at all. In fact, some school teachers in the deep South used the song as a learning tool for the children.

4 - When you finished recording the song, did you think it was going to be a hit?

JG: Yes. At that point, our track record was extensive, so we knew we had a hit on our hands. 5 - How has the social context for the song changed, given that you and the band have been performing it for 40 years?

JG: The context of the song remains intact to this day. There's still people out there who don't want that equality, but you can't fix stupid. Most people at the shows just view it as a fun, sing along hit.

6 - What was the most memorable live performance of B&W?

JG: The one that never happened. We were scheduled to play South Africa at Sun City, but someone on the other side didn't do their homework. When they found out that Floyd was black (DUH) they cancelled the show. That would have been quite the learning experience.


7 - Who are the children singing towards the end of the record?

JG: The kids at the end were Cory's daughters (Cory Wells is one of TDN's lead vocalists), Floyd's daughters, my daughter and some of their school friends. 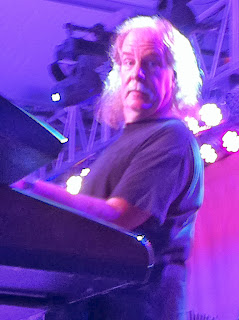