You may have heard today that the USPS is issuing a Johnny Cash stamp this year.  I don't mail much these days, but now I need to come up with some excuses to do so.

This news ties in well to the subject of this post, Cash's iconic song "Folsom Prison Blues."  I'm very pleased to have my questions about FSB answered by Robert Hilburn, one of the most influential rock critics of all time.  Hilburn, who was the LA Times' pop music editor and critic from 1970-2005, has written a new book about Cash.  The author has one impeccable credential: he was the only music writer to accompany Cash on his historic performance at Folsom Prison.

Hilburn, who is on the Rock and Roll Hall of Fame's nominating committee, wrote a musical memoir which I greatly enjoyed reading last year.  In "Corn Flakes with John Lennon," he gives intimate insights into many of the most significant artists of the rock era, from Dylan to Springsteen to Bono, Kurt Cobain to Michael Jackson.  He seemingly has a gift for for gaining musicians' trust and respect, which leads to unique access.

Why do you think "Folsom Prison Blues" has endured as an iconic record?

Robert Hilburn: “Folsom Prison Blues” was a hit in the country field from the moment country radio started playing it. The song entered the country charts on Feb. 11, 1956 and went to No. 4 on the country charts—remaining on those charts for 20 weeks. The appeal was partly the uniqueness of the story (with the stark line about shooting a man just to watch him die), but also the absolute authority of John’s voice. It sounded real, threatening, and important—not just another generic country hit. That record stood apart from anything else on the radio. In fact, it was too threatening and raw for pop radio. It would take the more soothing “I Walk the Line” a few months later for Cash to crack the pop market.

Though a great record, “Folsom Prison Blues” would not have endured as an iconic record without the Folsom prison concert. Times had changed by the time Cash stepped on stage in 1968 at Folsom. Dylan and so many other great rock artists had created a market for bold, authentic, edgy music and Cash’s “Folsom Prison Blues” fit into that world. Though the record went to No. 1 on the country charts in the summer of 1968, it was the exposure on underground rock radio and the write-ups in general newspapers and publications (from the Los Angeles Times to the Village Voice) and rock journals (notably Rolling Stone) that helped spread the word to a wider audience—thus the record became a huge pop-rock hit. Even in that edgier world, the record stood out. People weren’t just intrigued by the record but by this guy Johnny Cash. They bought the Folsom album—and the dramatic impact of that great work—made both Cash and the song more important. Together, Cash and the record became part of the American cultural fabric.

While writing your upcoming book on Johnny Cash, what was the most interesting thing you learned about FPB that you hadn't previously known?

You were at Folsom Prison for Cash's famous performance, as recounted in your book "Cornflakes with John Lennon: And Other Tales from a Rock 'n' Roll Life." What did you think when you saw the scenes set there in the film, "Walk the Line"? 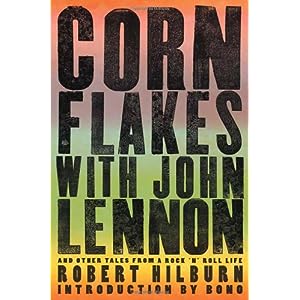 4 - What is the truth about the connection between FPB and "Crescent City Blues"?

RH: When I first heard “Crescent City Blues” a few years ago, I was surprised how much John took from the Gordon Jenkins song. He basically uses the same structure, simply changing a few lines. Now, those changes were important. He added, for instance, the line about shooting a man in Reno just to watch him die, which was perhaps the most memorable line in the song. But he kept a lot of the original language. It is clearly a different song in Cash’s hands, but the two songs are closer than I had imagined.

What is your upcoming book (tentatively titled Johnny Cash: The Life) about?

RH: I’m trying to tell the story of John’s artistry—how it came about, the factors that encouraged the artistry and worked against the artistry. In some ways, the book is about the struggles of an artist. It’s easy to think songwriters, for instance, just sit back and write songs every so often and make an album. But there are all kinds of hurdles they must cross—including emotional turmoil in their lives, and I learned in researching the book that there was much more emotional turmoil and physical pain in John’s life than I had ever imagined.

When can we expect to see it in stores and online?

RH: The book is being published by Little, Brown and Company and it is tentatively scheduled for release in November. It will also be published in various other countries around the world.

Do you want more Hilburn?  Of course you do, so here are a few places you can find him: 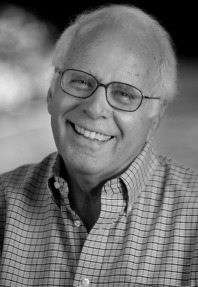